Rspamd 2.1 has been released

We have released Rspamd 2.1 today.

This release contains some new features and many bug fixes. There are no incompatible changes introduced with this release to our best knowledge.

This release includes the following features and important fixes.

Despite of being very old standard, UUenconde parts are still quite common in the email traffic observed. From this version, Rspamd supports uuencoded parts (both normal and base64 version).

There was a critical regression in 2.0 DKIM verification code caused verification failures for some of the valid DKIM signatures. More details are in the GitHub issue.

There are number of fixes and improvements in the Neural module. Now all training samples are balanced using random sampling allowing a smoother training vectors selection. Some number of bugs has been fixed, as well as scores are no longer recommended to select training vectors - Rspamd automatically applies heuristic to select messages for learning. Also some issues around infinities and learning threads count have been addressed.

There are number of fixes and improvements around maps handling logic. This include fixes for both HTTP and file maps, as well as better timeout and caches handling.

Rspamd could previously select an inefficient backend on some OSes, notably, on BSD and OSx. This version should fix it. The ability to configure the events backend manually via the configuration file has also been added to Rspamd.

Rspamd 2.0 has been released

We have released Rspamd 2.0 today. This version encompasses new versioning schema that will be used in future Rspamd releases: specifically, instead of the <major>.<minor>.<patch>, Rspamd will use just <major>.<minor> versioning schema. This happens because the <major> number has never been increased for many years and <minor> number has been used as a real version indicator.

There are various important features in this release. The vast majority of those should not have any visible impact on the existing systems. However, you are recommended to read the Upgrade Notes.

The main potential source of incompatibilities is the deprecation of the surbl and emails modules that have been replaced with rbl module. The default Bayes backend is also changed to Redis now while the Sqlite backend is now marked as deprecated and is not recommended for use. ip_score, neural and ratelimit modules users are strongly advised to read the upgrading notes!

In this version of Rspamd, we have stopped support of the following OS variants:

We have added Centos 8 packages instead.

Here is the list of the most important changes in this release.

Libevent has been replaced with bundled libev

After many years of using the libevent library Rspamd switched to libev library. The main reason was performance and control: there were many libevent versions shipped with various supported platforms and many of those lacked important features, such as inotify support for Linux. Switching to libev allowed us to simplify the code, improve signals handling, improve timeouts handling and deal with file maps changes instantly due to inotify.

Torch has been dropped from Rspamd

Lua torch has served as a powerful engine for ML and neural networks in Rspamd for quite a long time. However, it is no longer maintained or updated and its support has proven to be a nightmare. There were also important bugs that could not be fixed due to the code complexity. From version 2.0, Rspamd adopted kann library that is much more friendly for embedding and provides very convenient interfaces that are now exported via Lua.

RBL module improvements and replacement of the SURBL and Emails module

RBL module has replaced both emails and surbl modules unifying all Runtime Black Lists checks in a single place. It has added new RBL types, such as selectors, and the simplified extending of the existing rules to more powerful ones.

Emails rules with maps instead of DNS RBLs are NO LONGER SUPPORTED. Please use multimap with selectors instead.

For file types detection, Rspamd now uses an own implementation of detection library based on Lua and Hyperscan (where possible) instead of libmagic. There are 4 major concerns for that:

With the new library, Rspamd can detect part types in just a couple of microseconds and find the vast majority of the interesting things, such as executables, archives, images, html and so on and so forth.

Neural networks module has been almost totally rewritten to support KANN library and symbols profiles. Now, Rspamd will not reset neural network on each individual symbol change - it will try to use the most appropriate network instead. Many issues with neural learning dead locks have also been addressed.

Rspamd workers now send heartbeat events to the main process. In turn, the main process can now kill hanged workers if a reasonable amount of heartbeats have been lost. This feature is not enabled by default for now.

There are lots of additions in lua scanners. Many of those have been contributed by Carsten Rosenberg from HeinleinSupport.

From version 2.0, Rspamd allows modifying messages via Lua API methods. This support required massive rework of the internal structures and have been tested by Migadu. These functions are implemented in the lua_mime library.

Rspamd now treats settings differently if they are set via Settings-Id: there are certain performance benefits and better logging in all modules. It is also possible to bind rules explicitly to certain settings id allowing to separate mail processing flows more efficiently.

Rules and other improvements

This version of Rspamd contains a number of other minor and major improvements and fixes compared to the 1.9 branch. This includes some bugs that were fixed in 2.0 and that could cause certain issues, hangs or crashes with certain emails.

Rspamd has always been oriented on the performance but it was always quite hard to measure how fast it was as normally it runs just fast enough.

However, I was recently offered to process Abusix Intelligence feeds using Rspamd. These feeds are used to improve Rspamd fuzzy storage quality, to feed URLs and Emails to the DNS black lists provided by Rspamd project and used in SURBL module.

The amount of data that required to be processing is huge - it is about 100 millions of messages per day.

Here is an example to calculate connections count when processing these messages using Rspamd:

It means that over 10 seconds Rspamd has to process around 15 thousands of messages which gives us a rate of 1500 messages per second.

The settings used to process this amount of messages are pretty similar to those that are provided by default.

There is also some significant amount of home-crafted scripts written in Lua to provide the following functionality:

Now some words about hardware being used.

Previously we have set the same setup on a small instance of AX-60 and it was loaded for around 80%. We have decided to move to a more powerful server to have some margin for processing more emails and doing some experiments.

Hence, we now have an AX-160 AMD server rented in Hetzner. This is quite a powerful machine and the current load pictures look like this one:

Rspamd is also being fed via proxy worker that runs on another host and performs initial data collection and emitting messages via the Internet providing transport encryption using HTTPCrypt. However, its CPU usage is quite negligible - it uses only a single CPU core by around 40% in average.

As you can see, this machine runs also Clickhouse, Redis, own recursive resolver (Unbound), and it still has ~80% idle processing these 1500 messages per second.

If we look at the performance counters by attaching to some of the worker processes, we would see the following picture:

The top consumers are Lua allocator and garbage collector. Since we are using Rspamd experimental package on Debian Buster, then it is built with bundled LuaJIT 2.1 beta3 and Jemalloc allocator, however, it seems that there is some issue with this allocator in Debian Buster, so I had to load it manually via the following command:

Followed by restarting of Rspamd.

It is interesting that this Rspamd setup accepts all connections encrypted using HTTPCrypt but chacha_blocks_avx2 takes less than 0.16% of CPU according to perf report.

This particular instance of Rspamd is slightly tuned to use more memory to save some CPU cycles:

These options tell Rspamd to preserve Lua objects in memory for longer time, at the same time in this mode, we can also observe GC stats on workers that performs full GC loop each 10k messages being scanned:

As you can see, full GC iter takes quite a significant time. However, it still keeps Lua memory usage sane. The ideas behind this GC mode have been taken from the generational GC idea in LuaJIT Wiki.

Here are some UI captures taken from a previous machine:

As you can observe, there was some HAM portion increase over the recent days, however, it was caused by adding new sampling logic and duplicates filtering to save CPU resources (these messages are marked as ham and excepted from scan).

There is also a Clickhouse based dashboard that’s created using Redash:

Since we have Clickhouse on board, we can do various analytics. Here is an average scan time for messages:

… and average size of messages:

So with this load rate (1500 messages per second) and with the average size of messages around 2Kb, Rspamd processes each message in around 100ms in average. I hope these numbers could give one some impression about Rspamd performance in general.

I would like to give the main kudos to Abusix who are constantly supporting Rspamd project and have generously provided their amazing spam feeds to improve Rspamd quality!

Rspamd 1.9.3 has been released

This release contains some new features and many bug fixes. There are no incompatible changes introduced with this release to our best knowledge.

This release includes the following features and important changes.

From version 1.9.3, Rspamd can use Hashicorp Vault to store and manage DKIM keys. Vault usage provides secure and flexible storage of the private keys that can scale and use various backends to store sensible data (secrets).

There is a new subcommand for rspamadm utility called vault that is intended to create/remove and securely rotate DKIM private keys using vault.

You can read more about it using the following link: https://rspamd.com/doc/modules/dkim_signing.html#dkim-signing-using-vault

Some modules should set metric result as least possible result. For example, DMARC policy failure should at least mark failed messages as spam but it should not prevent messages from being rejected. From this release, such modules use least policy to set actions allowing to apply a more strict policy if needed.

From this version, Rspamd allows to manage memory policies for Lua garbage collection allowing to fit memory/cpu constraints more flexible. When Rspamd is built with jemalloc (e.g. in the default packages provided by the project), it can also print detailed memory statistics on full gc loops.

Here is an example for tuning GC in Rspamd when there are lots of free memory available (around 1Gb per scanner process):

It is now possible to oversign existing only headers and ignore it if a header is missing. It is done by changing (o) to (x).

The default list of headers signed is changed accordingly:

Here is the list of the most important bugs fixes:

Rspamd 1.9.2 has been released

This release contains some new features and bug fixes. The only potentially slashing changes are the changes in Clickhouse module:

This release includes the following features.

These columns are intended to improve analytical capabilities of Clickhouse plugin.

You can read more about it here: https://rspamd.com/doc/modules/dkim_signing.html#use-of-signing_table

This mode is intended to simplify migration from the existing setups based on OpenDKIM to Rspamd.

From the version 1.9.2, Rspamd can extract meaningful data from Calendar files in iCal format (.ics files). These files are sometimes used by spammers so Rspamd can now extract hyperlinks and emails from calendar attachments to improve filtering quality. 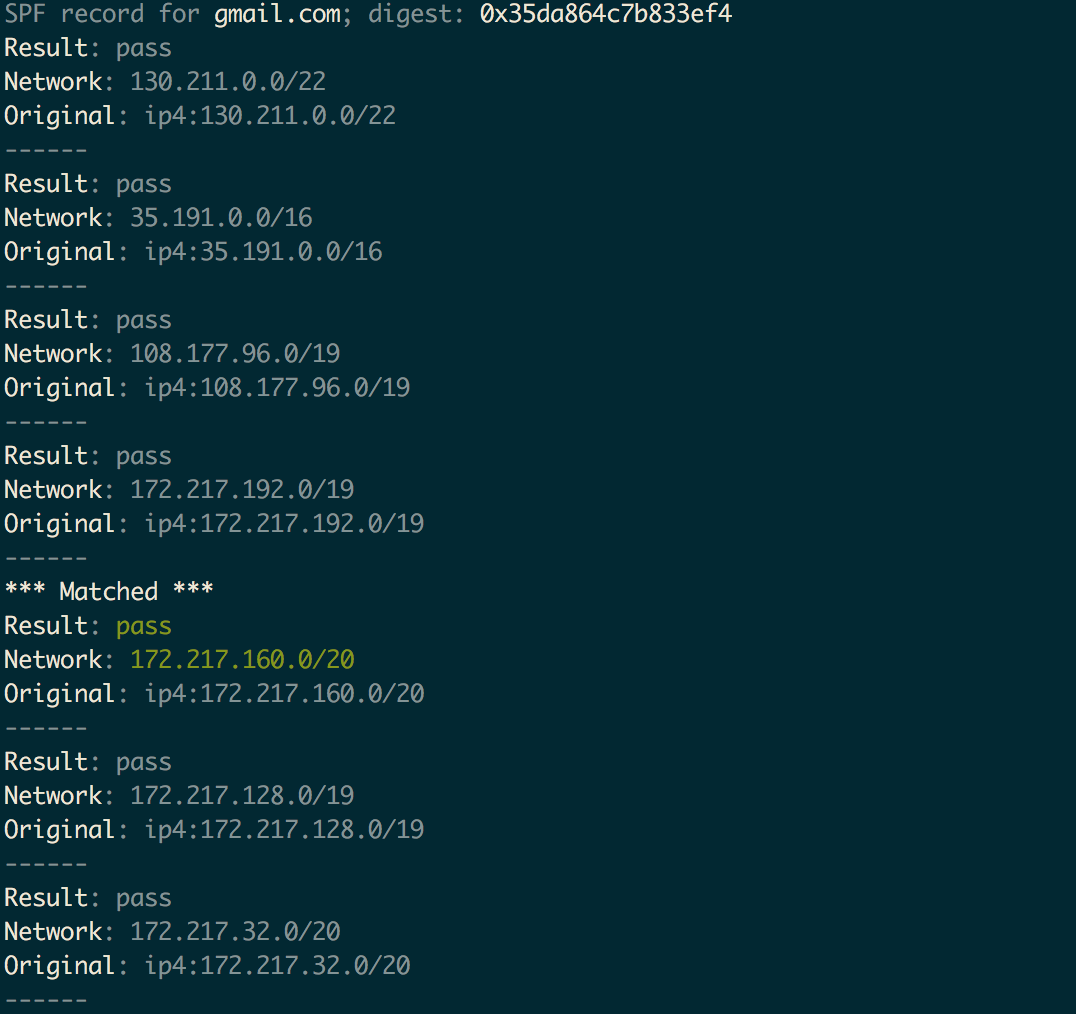 We have improved bitcoin addresses detection by fixing some issues in the BTC wallet validation code. It now allows to catch Pay-To-Script addresses.