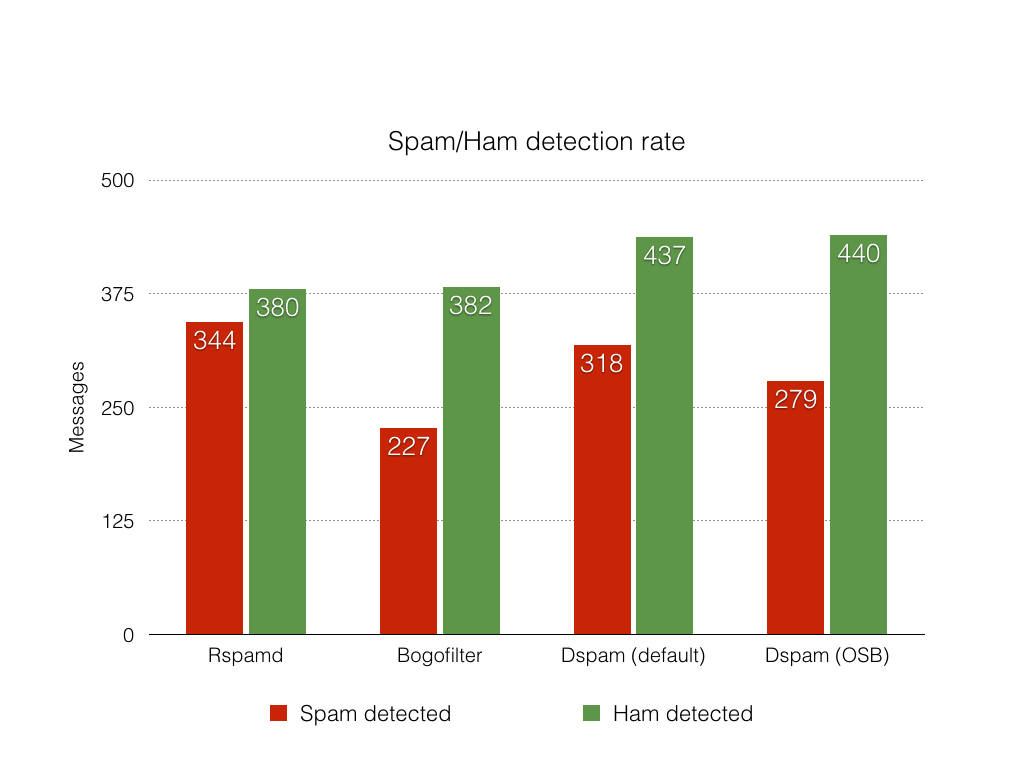 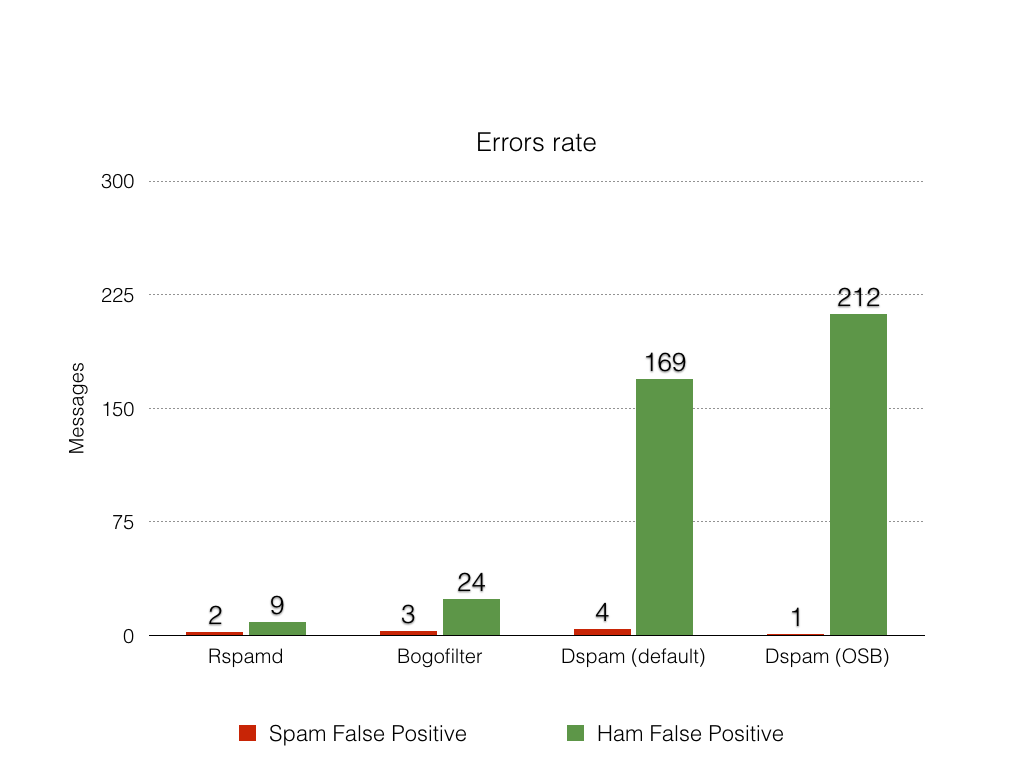 Rspamd 1.3.5 has been released

The next stable version of Rspamd is now available to download. This release contains a couple of bugfixes and minor improvements.

Rspamd can now perform some actions on termination of worker processes. For example, it is useful for neural network plugin to save training data on exit. It was also essential for RRD statistics to synchronize RRD on controller’s termination to avoid negative message rates on graphs.

Minimum learns has been fixed

This option was improperly configured previously so it didn’t work as desired. However, it is indeed useful to stop statistical classification before there is enough training for the Bayes classifier. With 1.3.5 release, this option has been fixed.

There were a couple of bug fixes that allowed Rspamd to run on OpenBSD again. These bugs were cloaked by other systems, however, they were potentially dangerous for those systems as well.

Andrew Lewis has added various improvements for DKIM, DMARC and SPF plugins to handle cases when the corresponding policies are not listed by senders: e.g. when there is no SPF record or DKIM key for some domain.

It is now possible to disable ratelimits for specific users.

Rspamd command line client rspamc can now work with messages in UNIX mailbox format which is sometimes used to store messages on the disk.

Some bugs related to canonicanization of empty messages are fixed in the DKIM plugin.

There was a critical bug in Rspamd related to parsing of newlines offsets in a message. In some certain cases it could lead to serious malfunction in URLs detector and some other crucial parts of Rspamd.

There are a couple of minor bugfixes in this release, for example, parsing of \0 symbol in lua_tcp module. HFILTER_URL_ONLY is fixed not to produce overly high scores. All invocations of table.maxn have been removed from Lua plugins as this function is deprecated in Lua.

Rspamd 1.3.4 has been released

The new stable versions of Rspamd and Rmilter have been released: 1.3.4 and 1.9.2 accordingly. There are a couple of improvements and some important bugfixes. Please note that in the unlikely case you have used regexp rules in Rmilter then you SHOULD NOT upgrade Rmilter and file a bug report (however, I’m pretty sure that it’s not used by anybody since it hasn’t ever been documented). Here is a list of notable changes in Rmilter and Rspamd.

Rspamd reload command has been fixed

It is now possible to gracefully reload Rspamd configuration by sending HUP signal or by using reload subcommand for the init scripts. Graceful reload is useful when it’s required to update configuration without stopping email processing. During this process, Rspamd starts a new worker processes with the new configuration whilst the existing ones process the pending messages.

ASN/country detection module has been split from the ip_score module allowing use of this data in other modules, for example, in the multimap module to match maps based on country or ASN.

Variable maps in the multimap module

It’s now possible to create maps based on the results of other Lua or internal Rspamd modules. This is particularly useful to link different modules with mulitmap.

It’s now possible to enable DNSSEC checks in Rspamd through use of a DNSSEC compatible recursive resolver (e.g. Unbound) and check for DNSSEC authentication results in Lua DNS module.

There are some important fixes for DMARC and DKIM modules in this version of Rspamd that are related to canonicalization in DKIM and subdomains policies in DMARC.

Now Redis backend in the statistical module can use the global redis settings similar to other modules.

Each task and each MIME part now has its own checksum that could be used to detect the same message or the same attachment.

Since DKIM signature header might be quite long, Rspamd now folds it to fit 80 characters wide common for MIME messages.

This release of Rspamd fixes a regression introduced in 1.3.3 which prevented the ratelimit module from working properly.

Processing of X-Forwarded-For header in the controller has been fixed.

It is now possible to use += operator to append elements to Rmilter lists (e.g. whitelists) and = to redefine the parameter completely. Hosts lists now can contain hostnames along with IP addresses. List parameters can now be empty to clear lists that are non-empty by default. DKIM signing can be completely disabled in the configuration.

Support for regexp rules has been removed from Rmilter. This is an old feature which has never been documented nor used by any users. It was likely broken so I have decided to remove it from Rmilter completely to simplify configuration parser and the overall processing logic. If you are using it then do not update Rmilter and please file a bug report in the github issue tracker.

Unconditional greylisting support is now restored in Rmilter. Headers added or removed by Rspamd are now treated by Rmilter correctly.